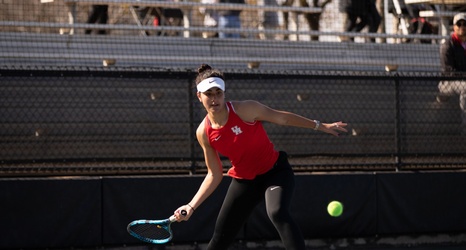 It was a busy couple of days for UH tennis as they took on and defeated both UTSA and Northwestern State within a two-day span, taking on the Roadrunners Sunday and the Lady Demons Monday.

The Cougars defeated both teams 6-1 each at the Barbara Wallace Winston Tennis Facility, making it three-straight wins and propelling them to a 6-4 record on the year.

UH came out with a sense of urgency against the Roadrunners, winning the first two doubles matches needed to earn the point and leaving the third unfinished despite leading at the time.