UH-Syracuse rundown: A look at the Orange ahead of the Sweet 16 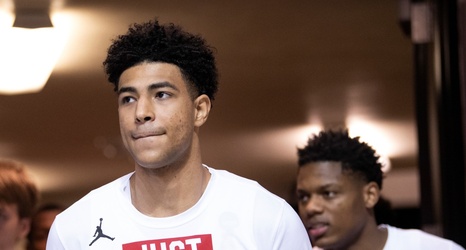 The Houston men’s basketball team will compete in the Sweet Sixteen when it takes on Syracuse on Saturday night at Hinkle Fieldhouse.

The Cougars (26-3) are coming off an impressive rally in their second-round game against Rutgers last Sunday.

UH trailed by nine points nearing the four-minute mark of the game before finishing on a 14-2 run, which included scoring the final seven points in the contest to survive and advance.

Junior guard Quentin Grimes finished with 22 points and nine rebounds, and senior guard DeJon Jarreau led the team both with his play and leadership as he battled through the pain of a hip pointer he suffered in UH’s first-round game against Cleveland State.