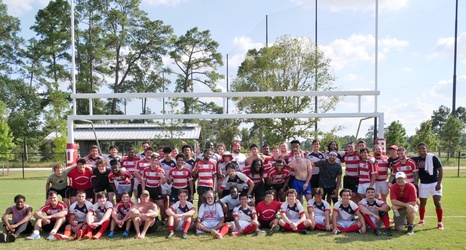 UH men’s rugby club is fighting for its place among UH sports. While currently an intramural club, the team hopes to become an officially sponsored UH sport and represent the school in the very near future at the highest levels.

On Sept. 11 Houston hosted Louisiana Lafayette in a scrimmage to prepare for Lone Star Conference play.

In the scrimmage, UH looked promising and very well-conditioned, a welcome improvement to head adviser and coach Mark Speer from the past few seasons.

“Fraternal. We played as one, 100 percent teamwork,” Speer said. “Our conditioning was great. A lot of players thought I was crazy, making them condition so much, but today they understood I’m trying to prepare them for the future.