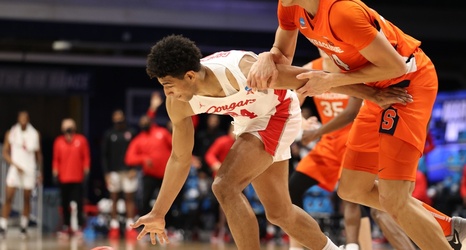 Throughout the week leading up to Saturday’s Final Four matchup, Houston head coach Kelvin Sampson has received a lot of praise for his leadership in turning the Cougars’ program around.

One of the aspects of Sampson’s coaching style that has allowed UH to thrive has been his delegation. From giving various responsibilities to his coaching staff, a trait he picked up during his stint in the NBA, a lot of that freedom has also extended to his players.

When sophomore guard Marcus Sasser was struggling to find his shot during the Cougars’ game against Rutgers in the second round in the NCAA Tournament, Sampson had to juggle between letting him play through the slump and managing the rest of the game.