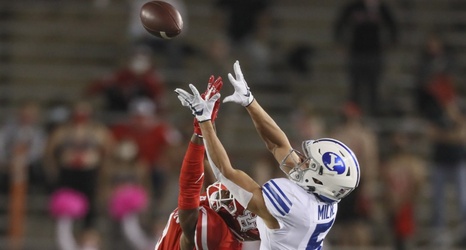 The UH football team showed flashes of brilliance against No. 14 BYU on Friday night, but was unable to string together an entire 60-minute performance for the second week in a row, and it cost Houston.

The Cougars once again found themselves trailing by double-digits in the first quarter but turned it around in the second, and most of the third, quarter until BYU took complete control of the contest in the final period and carried the momentum to victory.

Here is what was good and what was bad in Houston’s first taste of defeat in 2020:

For the second week in a row, the 6-foot-3-inch UH junior quarterback threw for over 300 yards and two touchdowns, as well as rushed for an additional score and even cut down on his turnovers against BYU.