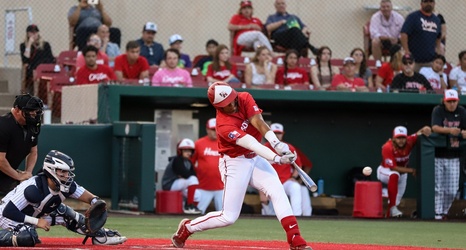 UH baseball ended the 2021 season on a low note after being swept by ECU in the final series of the regular season, bringing their late-season losing streak to six and finishing with a 34-22 record on the year.

ECU got on the board early in game one on Thursday after a wild pitch allowed a runner from third base to score and put the Pirates up 1-0 going into the second inning.

After a second inning stalemate from both sides, the Cougars turned up the heat in the third.

A single from junior outfielder Brandon Uhse brought home two scores for UH and soon after redshirt sophomore infielder Zach Arnold capped off the big third inning with a two-run shot to put the Cougars up 4-1.