UH baseball has competition at all positions 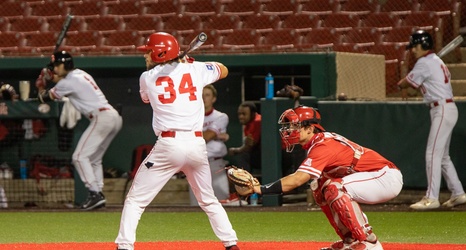 After splitting the first two games of Houston baseball’s annual fall series, in which the athletes are divided into a red and white team, the final game featured a little bit of everything.

There was a mammoth shot of a home run, incredible defensive plays and late-inning rallies that all eventually led to sophomore infielder Brad Burckel’s walk-off single to deep right field to give team red a 5-4 win and overall series victory.

Despite these games only being scrimmages, the players were extremely energetic, screaming from their dugouts and fully engaged in every pitch, which gave it a feeling of a real in-season game.