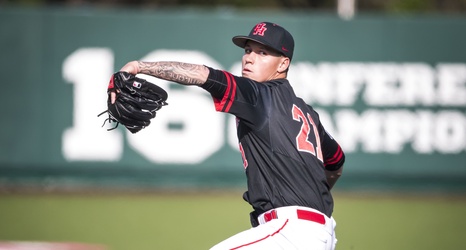 Houston baseball opened up American Athletic Conference play hosting Wichita State in a four-game series in which the Cougars dropped three out of four.

Here is a closer look at how each game went down:

UH ace Robert Gasser took the mound and put on a career performance for the Cougars. The junior left-hander threw 7 2/3 innings of shutout baseball, allowing only two hits and striking out a career-high 12 Shocker batters to power UH to a 5-3 victory.

Senior outfielder Tyler Bielamowicz led the Cougars with two RBI’s on the night.