The Opposition: A look at BYU as the battle of the Cougars approaches 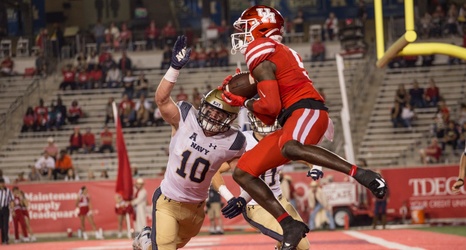 The UH football team had a successful opening-week against Tulane, defeating the Green Wave 49-31, but now the attention turns to No. 15 BYU, which Houston will host on Friday night at TDECU Stadium.

The Houston Cougars (1-0, 1-0 American Athletic Conference) and BYU Cougars (4-0) will meet for only the third time all-time. BYU has taken both of the previous meetings. The last time these two programs met was in 2014, which was a 33-25 victory for BYU in Utah.

Here is a look at BYU entering Friday’s meeting:

BYU is coming off a 27-20 win over UT-San Antonio on Saturday.