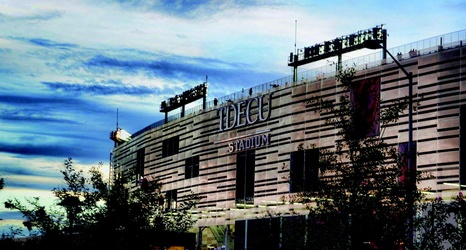 The Harris County-Houston Sports Authority will announce on Thursday that the University’s TDECU Stadium will host the inaugural XFL championship game on April 26, according to the Houston Chronicle.

XFL Commissioner and CEO Oliver Luck will be in attendance for Thursday’s announcement along with Harris County-Houston Sports Authority executive director Janis Burke and Harris County Judge Lina Hildago, according to the Houston Chronicle.

TDECU Stadium is the host of Houston’s XFL team, the Roughnecks, who played their first game last Saturday at the University.

The 42,000 seat stadium was chosen over other cities in the league, which include NFL stadiums like Seattle’s CenturyLink Field and East Rutherford, New Jersey’s MetLife Stadium, which both have a holding capacity of over 70,000.