PREVIEW: Cougars to face No. 16 Shockers on the road 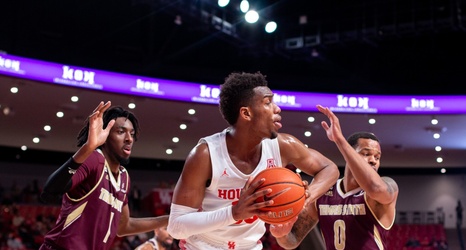 Houston is in Wichita, Kansas for its fifth American Athletic Conference game of the season when the team faces off against the No. 16 Shockers Saturday afternoon at the Charles Koch Arena.

The Cougars enter the game off of a 71-62 win against the Mustangs. Junior forward Fabian White Jr. led the team with 17 points and 10 rebounds in the win, and sophomore guard Nate Hinton added in 14 points and nine rebounds.

Houston has won seven of its last eight games and is tied with Wichita State, Memphis and Tulsa as the conference’s best with all teams boasting a 3-1 conference record.