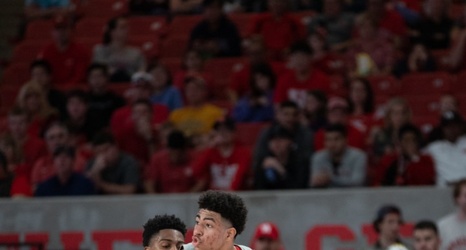 It took a week and some change, but No. 25 Houston is back on top of the American Athletic Conference after the Cougars took completed their season sweep of the Wichita State Shockers with a 76-43 dismantling at Fertitta Center.

Houston, now 18-5 and 9-2 in conference play, fell in the standings after Feb. 1’s loss at Cincinnati but took a one-game lead in The American after the Bearcats fell to the UConn Huskies 72-71 on Sunday.

The Cougars began the afternoon on a roll, with freshman guard Marcus Sasser knocking one down from behind the arc for Houston’s first points of the game.