Live Score: UH takes on Tulane in an AAC showdown 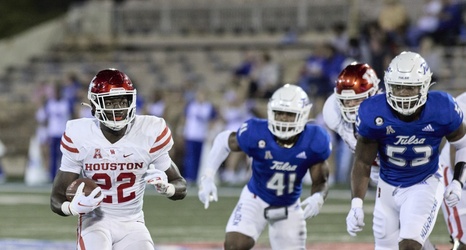 Houston looks to extend its winning streak to five as the Cougars travel to New Orleans to take on Tulane in an American Athletic Conference showdown.

Follow along with our live scoring updates throughout the game:

Tune was 17 of 23 passing in the half with 183 yards and two touchdowns, senior wide receiver Jaylen Erwin was his leading target with four catches for 48 yards for the Cougars.

Pratt completed 13 of his 17 passing attempts for 144 yards and a touchdown for the Green Wave and was even on the one to make the catch for the two-point conversion.