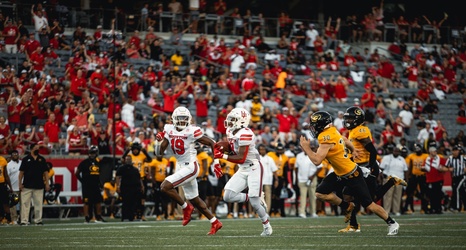 After not coming away with points on their first two drives, things became concerning on the Cougars’ third drive when junior quarterback Clayton Tune took a big hit and left the game.

Tune did not return to the game due to an undisclosed injury.

Near the end of the first quarter, junior linebacker Donavan Mutin got to Grambling State quarterback Aldon Clark, forcing a fumble which was recovered by junior cornerback Jayce Rodgers recovered it on Grambling’s 47.