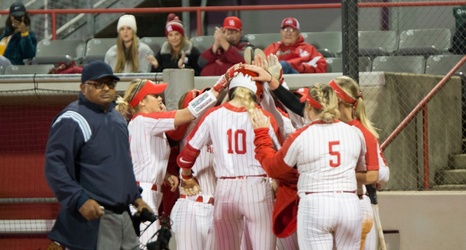 Freshman pitcher Logan Hulon stole the weekend spotlight by throwing a no-hitter in her first college appearance in the second game on Friday night as the Cougars swept the first day of the Houston Invitational and split the two games on Saturday.

In the first game, the River Hawks jumped to a 1-0 lead and held Houston without a hit going until the third inning.

The Cougars fought back in the fifth, tying the game 1-1 off back-to-back bunt singles from senior outfielder Lindsey Stewart and sophomore outfielder Abby Odneal.