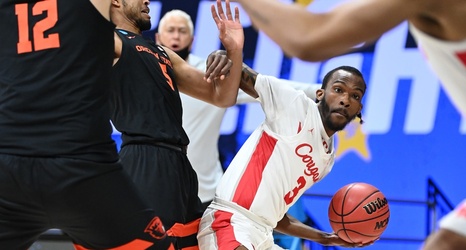 Jarreau, less than 48 hours removed from suffering a hip pointer in the Cougars’ first-round game against Cleveland State, felt the jolt of pain buzz out of that area. To make matters worse, Baker, open off the screen, buried the 3-pointer to put UH down eight.

The New Orleans native stayed down on the court for a while as the game paused for a timeout.