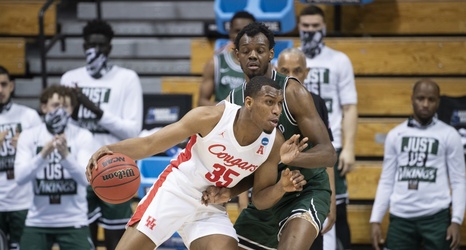 One night out in a bar in Taipei, Taiwan, years ago, Kelvin Sampson listened to Jerry West and Don Nelson talk about the game of basketball.

During that time, Sampson heard the two discuss various topics. There are two, however, that still stick with Sampson during his team’s run in the NCAA Tournament in 2021.

The first was when West described how when he was with the Los Angeles Lakers, he used to put players brought in for NBA Draft workouts in a three-on-one fastbreak drill.

The purpose was to see their decision-making. For those that did well, West could see they understood how to play the game.