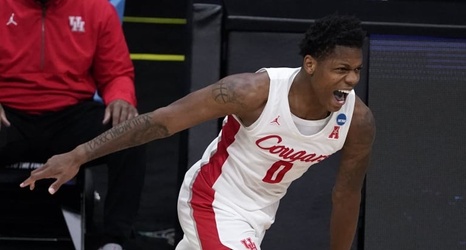 The Houston Cougars are headed to the Final Four for the first time since 1984 following their 67-61 Monday night victory over the Oregon State Beavers.

After leading 34-17 at halftime, Houston allowed Oregon State to claw all the way back to tie the game at 55-55, but the Cougars' prowess both on defense and on the offensive glass was just too much in the end.

Houston also made too many threes against an Oregon State team that had excelled on the defensive perimeter for the past few weeks. Marcus Sasser led all scorers with 20 points and five made triples.