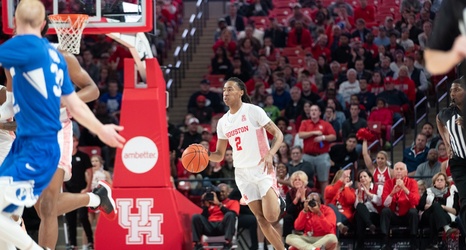 The Cougars’ six-game winning streak was snapped in Tulsa, Oklahoma as the team suffered its first conference loss of the season when it was defeated by the Golden Hurricane 63-61 on Saturday afternoon.

The game began with the Golden Hurricane jumping out to a 5-0 lead, but back-to-back 3-pointers from redshirt freshman guard Caleb Mills and sophomore guard Quentin Grimes got the Cougars on the scoreboard.

Tulsa built as much as a six-point lead in the first half when they led 24-18 at the 9:00 mark, but Houston finished the half strong, outscoring Tulsa 16-10 from that moment onward to go into the half with a three-point lead.