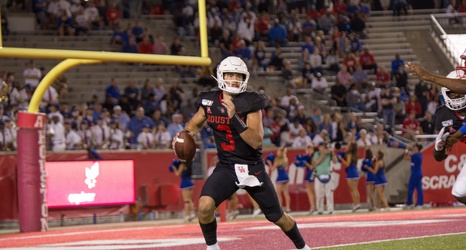 The Cougars on Tuesday released the finalized 2020 schedule, which is highlighted by two matchups that will be on ESPN networks.

Houston will open the season against Rice on Sept. 3 at TDECU Stadium.

The Cougars’ first road game of the year will be the following weekend on Sept. 12 against the Washington State Cougars.

Houston was defeated by Washington State in the 2019 season at NRG Stadium.

Houston’s first American Athletic Conference opponent will be on the road against Memphis on Sept. 19.

The Oct. 8 home meeting against Tulane and the Oct.