‘Groundbreakers’: UH seniors will leave mark on program for years to come 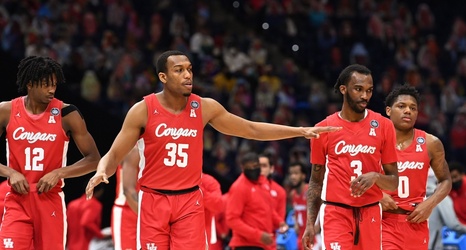 When Houston’s season came to an end on the Lucas Oil Stadium court after its Final Four loss to Baylor, so did the collegiate careers of seniors DeJon Jarreau, Justin Gorham and Brison Gresham.

While the three will move on with their lives and step away from the Cougars’ program as players, their impact on the team will be felt for years to come and is what head coach Kelvin Sampson will remember about the 2020-21 UH team as time goes on.

“Those guys and the leadership they showed for the younger guys,” Sampson said is what stood out to him the most.