Grimes named AAC Player of the Week after big outings 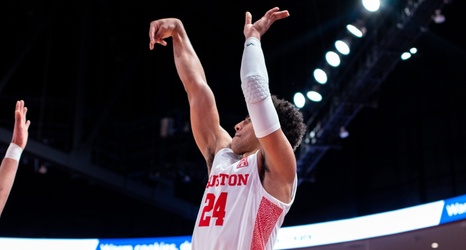 Quentin Grimes is the American Athletic Conference Player of the Week, the league announced Monday, after the guard led Houston to wins over Texas State on Wednesday at Fertitta Center and at South Carolina on Sunday.

The sophomore’s week was highlighted by an 18-minute stretch in the second half of Houston’s 76-56 victory in Columbia, South Carolina, that saw him score 16 of UH’s 19 points.