From the ground up: The Sampsons’ transformation of UH basketball 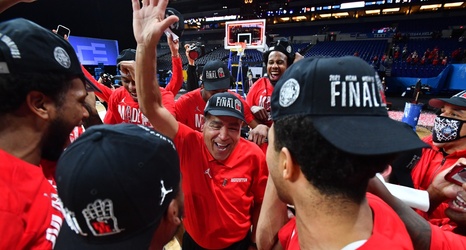 Only a few years ago, Kelvin Sampson, followed by the Cougar Brass, walked around the Houston campus with a megaphone to convince students to show up to games to support a UH program that had become irrelevant not just nationally but also in the eyes of the city of Houston.

From UH basketball’s poor-conditioned facilities to little to no support for the program from the University and its fans, Sampson knew the uphill battle he would have to face if he took the head coaching job in 2014.

Despite it all, Sampson had a plan.