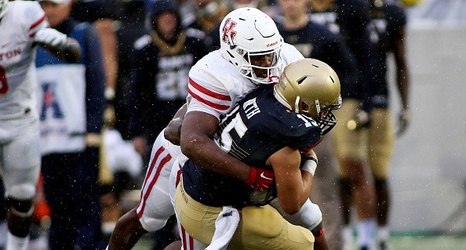 Former offensive tackle Josh Jones joined 336 other prospects on Friday in being invited to the 2020 NFL Scouting Combine held in late February and early March in Indianapolis.

Jones, who played four seasons with the Cougars, is considered by many to be a potential first-round pick.

He recently rose to No. 18 in ESPN’s 2020 NFL Draft rankings after his “tremendous week” at the Senior Bowl last month.

“He has the size, length, starting experience, production and athleticism of most prospects at his position who ultimately go in one of those first two rounds,” CBS Sports’ Chris Trapasso told The Cougar December.