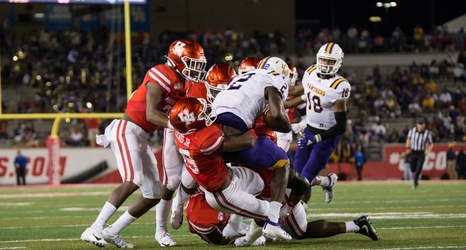 Defensive lineman Eyabi Anoma was dismissed from the Cougars for an unspecified violation of team rules, Houston announced Tuesday morning.

Anoma, a 5-star recruit who spent 2018 with Alabama, transferred to UH in August after the Crimson Tide dismissed him for a “university-level issue.”

Anoma had nine tackles in 12 games for Alabama before making the All-SEC Freshmen Team.