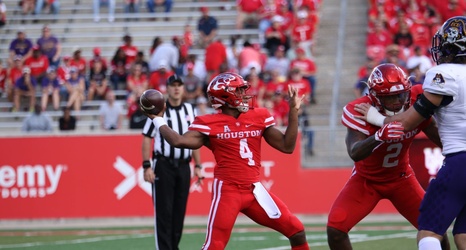 Senior quarterback D’Eriq King again set the Twitter world alight Monday night when he announced he’s entering the transfer portal, going back on the promise he made in late September to return to UH in 2020 after redshirting.

Coog Twitter, as we at The Cougar like to call the UH fanbase’s social media presence, went wild:

Some fans were shocked, citing King’s vow to return.

Another Twitter user, after the Houston sports scene’s… erm… mishaps over the past couple days, needs a breather.

I just might take a break from being a Houston sports fan for a while https://t.