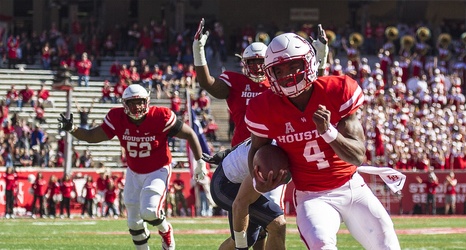 Former UH quarterback D’Eriq King is taking his talents to South Beach, according to a Twitter post he made on Monday.

King, whose decision to enter the transfer portal last Monday shocked many, joins a Hurricanes program in the midst of its biggest rebuild in decades.

The Canes, recovering from a season that saw UM go 6-7 with losses to FIU and Louisiana Tech, gain a promising dual-threat quarterback in King who led the American Athletic Conference in touchdowns with 50 in 2018.

The Athletic reported first on Sunday that King had chosen Miami and will begin classes as soon as Tuesday.