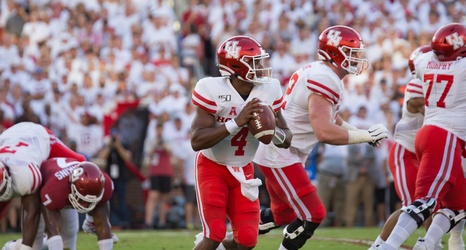 Senior quarterback D’eriq King, months after reassuring Houston and its fanbase that he’d return to the Cougars in 2020, announced in a Twitter post Monday night he’s entered the transfer portal.

King, who tossed for 663 yards and six touchdowns in four games in 2019, announced his decision to redshirt along with senior wide receiver Keith Corbin in late September after UH started the season 1-3.

“It was the hardest decision of my life,” King told KRIV (Fox 26) after posting his decision to enter the transfer portal. “I love the University of Houston. I love the city.