Cougars’ sense of desperation has been key this week, players say 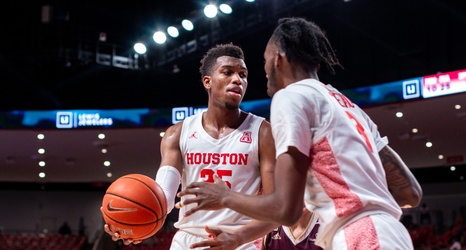 Following the 71-62 victory over the Mustangs on Wednesday night, junior forward Fabian White Jr. noted a difference in the energy level the Cougars had in that contest compared to their previous one, which was a loss to Tulsa.

“We had a lot more heart and desperation in this game than last game,” White said.

The 6-7 forward, who led the team in the win with 17 points and 10 rebounds, credited the change in mindset as the factor in the different outcomes, and he said how the team will do well if they can bottle up that sense of urgency.