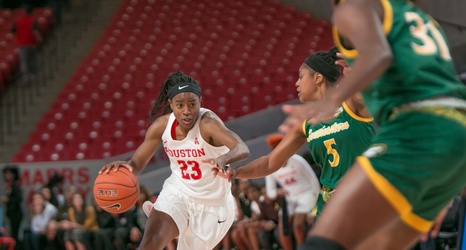 Houston fell to No. 1 UConn, 91-51, on Saturday afternoon in Hartford, Connecticut to fall to 1-2 against the American Athletic Conference.

The first quarter could not have gone much worse for Houston. UConn came out of the gates firing and opened up the game with a 16-0 run. Cougars senior forward KeAsja Peace broke the Huskies run with a two-point basket, which was the Cougars first and only basket of the quarter, with 2:06 remaining.

After Peace’s basket, UConn finished the final two minutes of the quarter with a 9-0 run to take a 25-2 lead after one period of play.