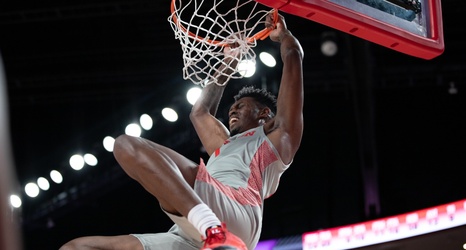 The Cougars’ defense has turned up the intensity the last few games and Sunday’s contest against the Wichita State Shockers was no exception as Houston held them to only 18 first-half points and just 43 total, which is the fewest allowed by the Cougars all season long.

Houston won the game against Wichita State by 33 points (76-43) and the suffocating first-half performance from the defense was a big reason for the team’s dominant victory, which has become the norm in the past number of contests for the Cougars.

For head coach Kelvin Sampson, however, Sunday’s win was nothing special regardless of how lopsided it was.