Cougars learned from loss to Bearcats, went all-in on rebounding 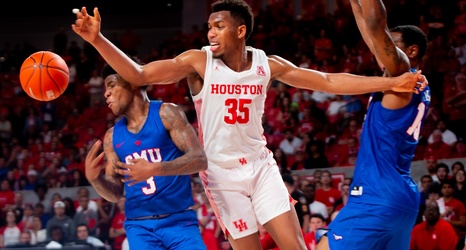 The Cougars overcame a struggling offensive performance on Wednesday night to defeat the South Florida Bulls for their 20th win of the season, and some of the players credited the growing pains from the loss to Cincinnati for the resilience and execution in the win.

“Cincinnati did the same (thing) that USF did,” freshman guard Marcus Sasser said. “They went on a late run in the second half, and I think this time, we just did a better job figuring out a way to win, through adversity, and I think we are getting better every day.