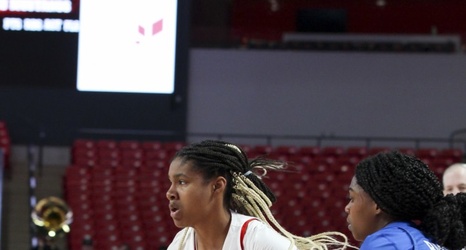 Senior Dorian Branch became the 27th Cougar to eclipse 1000 career points on Saturday afternoon as she scored 22 points in Houston’s 53-50 loss to East Carolina in Greenville.

The game began as a defensive battle with both teams struggling to get going offensively. Baskets came at a premium in the first, and as a result, at 10 minutes into the contest, the teams were tied at 10.

East Carolina built up a quick seven-point lead in the second quarter as the Pirates went on a 9-2 run.