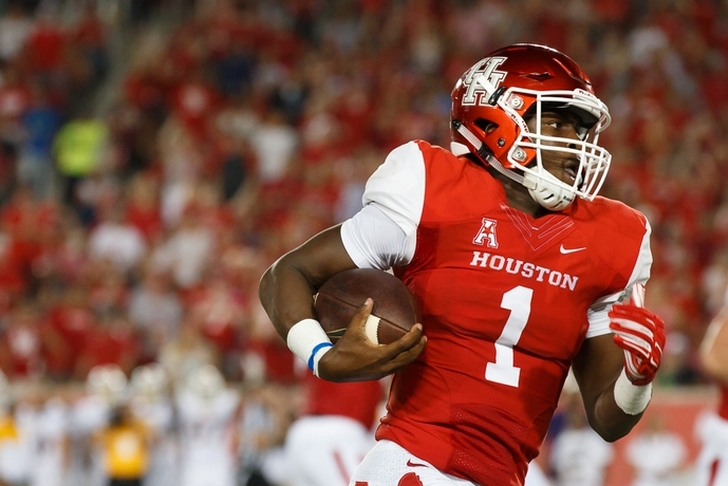 The #18 Houston Cougars came into their Peach Bowl matchup against the #9 Florida State Seminoles as a relative unknown to the casual college football fan. That's changed in a hurry.

Exhibiting the high-octane offense that's been their trademark all year, Houston (13-1) dropped the most points scored on a Florida State team this year in an impressive 38-24 win in the Georgia Dome. FSU (10-3) hadn't given up more than 25 points all year.

While the offense and star QB Greg Ward Jr. did its part in hanging just over 450 yards of total offense on the Seminoles defense, it was the Cougars run defense which ultimately stole the show on New Year's Eve. The Cougars held Heisman top-five finished Dalvin Cook to just 33 yards on 18 carries, holding the entire Florida State running corps to 16 yards altogether.

That was enough to offset a 392-yard passing performance for FSU QB Sean Maguire. Maguire was his own worst enemy at times, though, throwing four gutting interceptions which killed the Seminoles' chances of hanging with the Cougars.

As for the aforementioned Greg Ward Jr., he passed for a score and ran for two more to lead the Cougars to just their second 13-win season in program history. HC Tom Herman is also the first coach since Chris Peterson (Boise State) to win 13 games in his first season as a head coach.