Yordan Álvarez could see more playing time in the field. It’s a risk the Astros should avoid 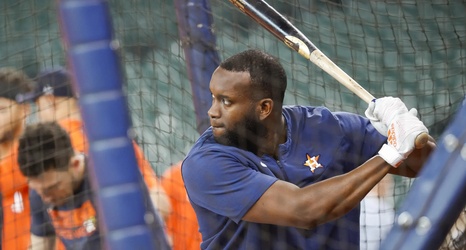 On the evening of July 30, it appeared that calamity had befallen the Astros.

Yordan Álvarez was on the ground writhing in pain. He had just fouled a ball off his knee. Based on the visible agony he was in, it seemed that he suffered a potentially significant injury. His knee history gave the notion credence.

But only a few minutes later, disaster had been averted. Álvarez was on his feet walking around. He was OK.

Shortly after, the Cuban slugger resumed his at-bat and proceeded to hit a 111-mph missile to deep center field.