Yordan Alvarez: A Deep Dive into his first dozen games. Is he another Paul Goldschmidt? 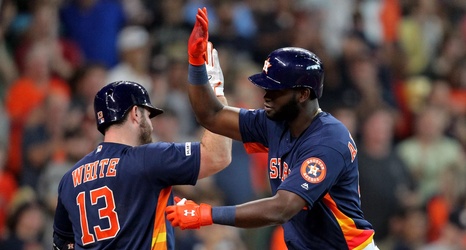 By now it’s common knowledge that Yordan Alvarez, who two weeks ago was relatively unknown outside of educated Astros fandom, has emerged into the Big Leagues with about the hottest start by any player in History. He is one of three players to have seven homers in his first twelve games as a major leaguer. And that’s not all.