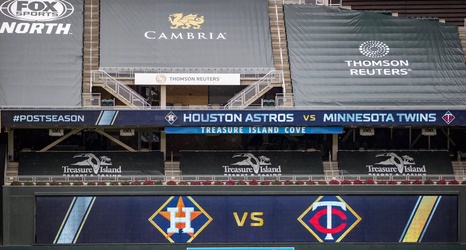 It wasn’t a pretty ride getting here, the Astros’ season record was 29-31, but they made it. Sixth seed in the expanded MLB playoffs and three games against the Minnesota Twins in Minneapolis. It was a shortened 60 game season full of injuries and slumps, but today the meter hits reset. Anything can happen now.

The Astros bring about the 28-man roster you’d expect into this series, with a couple of twists. Josh James is activated from IL, and outfielder Chas McCormick, who has never played in the big leagues before, is added to the roster.