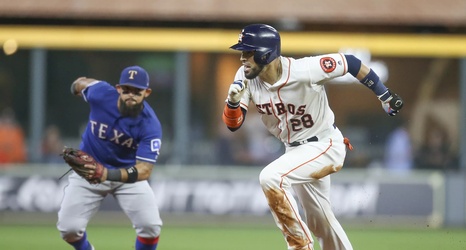 He’s on a mission. Or maybe a vision quest. And it seems he can’t be stopped.

Justin Verlander strengthened his grip on the Cy Young award tonight, getting his 19th win and bringing his ERA down to 2.50 for the season. He pitched six scoreless innings, allowed only four hits and two walks, while striking out eight. With pitching like that, it doesn’t take much hitting to win.

And the Astros had enough. Although Rangers pitcher Lance Lynn held the Astros hitters scoreless through four innings, Yuli Gurriel broke through for the Good Guys with a solo homer in the fifth, his career high 29th of the year.