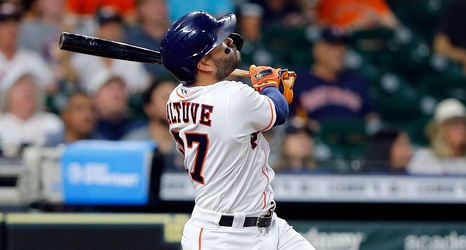 On the 10th anniversary of his promotion to the Astros from AA, and 832 runs, 1701 hits, and 153 home runs later, Jose Altuve added to his legend by leading off the game with this hit:

And in the third inning he added this hit to his total as well:

And the former gold glover added this fielding play for good measure.

Of course, two solo homers by Jose (his 21st and 22nd of the year) didn’t account for the nine Astros runs.

The bats have come back to life.