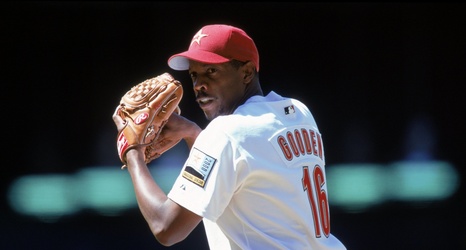 CTH is starting an offseason series that takes a look at players many fans have forgotten played for the Astros. The criteria is simple — these are players who were with the Astros for a relatively brief time and are more known for their contributions to other teams. The first player in this series is none other than Dwight Gooden.

Gooden’s time with the Astros was about as brief as it could be — he made only one appearance. The Astros signed him as a free agent prior to the 2000 season and he made the starting rotation.