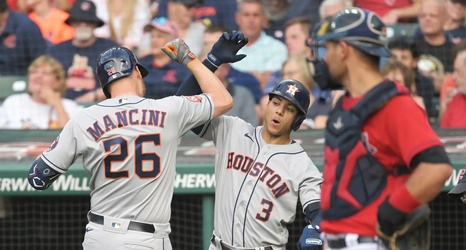 It seems that Trey Mancini is on a mission. The newly acquired first baseman had a night for the ages in his second start as an Astro, propelling the team to a 9-3 win against the Guardians to take the second game of the series. Mancini hit two home runs, including a Grand Slam, and drove in five of Houston’s nine runs.

Mancini, who hit fifth for Houston and was the designated hitter, went 2-for-5 and had his two long balls in his first two at-bats of the game. The 30-year-old homered on Wednesday as well.

Trey Mancini homered in each of his first 2 starts with the Orioles.