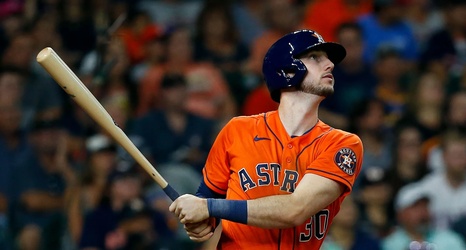 The Astros keep dominating the Rangers at Minute Maid Park in 2021. On Friday night, they got their seventh win of the season against them, this time on a 7-3 score thanks in part to a Kyle Tucker three-run shot in the bottom third. Now, they’re 7-0 vs Texas at home in ’21.

Starter Jake Odorizzi and counterpart Kolby Allard began hanging zeroes on the board in the first two innings, but the Astros rallied to score five times in the third. Yordan Álvarez singled home a run, Carlos Correa brought the Astros’ second run with an infield grounder, and then Tucker came to the plate with the hit of the game for Houston: his 18th bomb of the regular campaign and his third in as many games.