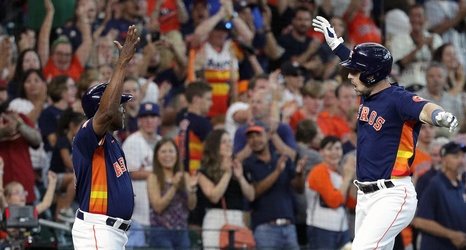 Less than 24 hours after Lance McCullers Jr. threw six scoreless innings against the Athletics, Cristian Javier did exactly the same on Sunday afternoon to help the Astros beat the Athletics 6-3 to complete the three-game sweep. Javier was offensively backed up by red-hot Alex Bregman and José Altuve.

Javier was in total control on Sunday. Over his six innings pitched, the A’s only got a hit off him and drew three walks. The young right-hander also struck out six hitters and won for the first time since July 1, besides lowering his ERA to 2.