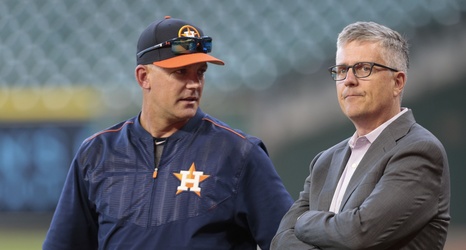 It wasn’t a matter of when the Houston Astros would face the consequences of its sign-stealing scandal. Rather, the question was going to be when. Well fans, we finally received our answer on Monday afternoon.

USA Today was one of the numerous sources to report that Commissioner Rob Manfred had issued suspensions for president of baseball operations and GM Jeff Luhnow as well as manager AJ Hinch. Originally, the punishment was supposed to last for the entire 2020 season.

That was until Jim Crane held a press conference just hours later.