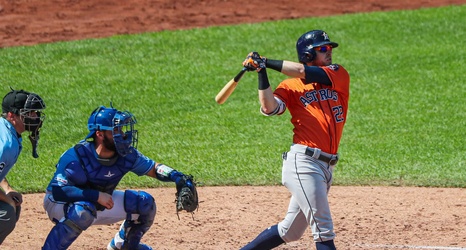 After two straight performances where he failed to get even two outs, Wade Miley needed to show signs of a rebound. The offense would be fine, but the Astros need their fourth starter ready for the playoffs. Thankfully, Sunday looked a lot closer to the Wade Miley from the first twenty-eight starts of the year. Sure, it’s the Royals, but you have to start somewhere, and the Astros ultimately won 12-3.

It seemed like the problems might resurface in the first when the Royals struck first. Of course, just as in the last two starts, there was some ball-in-play weirdness afoot, as Jorge Soler tripled in Adalberto Mondesi after the latter reached on an infield single.