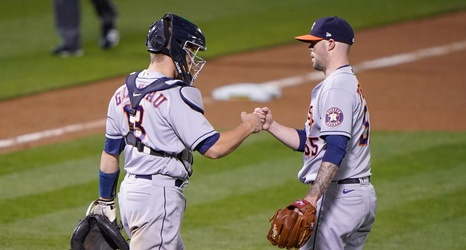 After losing six straight, the Astros finally broke the spell by taking the second game in last night’s doubleheader. Tonight they hope to make it two in a row and bring the A’s back to within a 3.5 lead for first in the AL West.

Their hopes on the mound rest with the 23 year old Venezuelan rookie, Luis Garcia. who made his MLB debut last week, going 4.1 innings and allowing only one run. His mound opponent will be Jesus Lazardo, 2-2, with a 4.23 ERA.