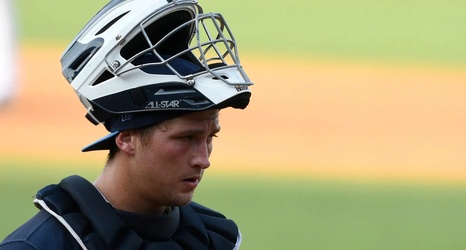 It’s common for fans to lament their club’s lack of catching depth. When looking up and down a lineup, trying to find the best areas for improvement, the backstop’s batting line is likely to stand out. I’d argue that this is often misguided— how many offensive threats are there at the position leaguewide at any given time? Not many— but it is definitely important for teams to maintain a steady supply of catchers who are capable with the mitt if nothing else.

In the latter 2010s, the Astros found themselves a bit thin behind the plate at the minor league level, opting to employ a string of veterans on short year deals at the big league level rather than attempting to establish a long term, home grown option.