Astros: Yordan Alvarez is the only thing stolen from the Dodgers 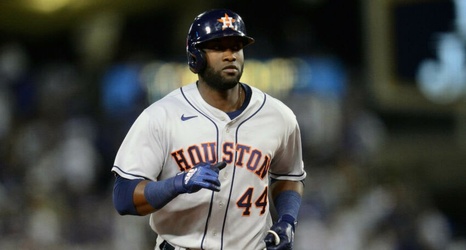 It was another hectic night for the Houston Astros, as the boys in orange entered a hostile atmosphere at Dodger Stadium. Lance McCullers Jr. was dealing, while Los Angeles Dodgers‘ fans were hurling beers through the stands hitting anyone who stood in their way.

It has been four years since the 2017 World Series, and while this was the first time that the Dodgers had the opportunity to host the Astros since, they couldn’t bring home a win.