Astros: What if they drafted Kris Bryant instead of Mark Appel? 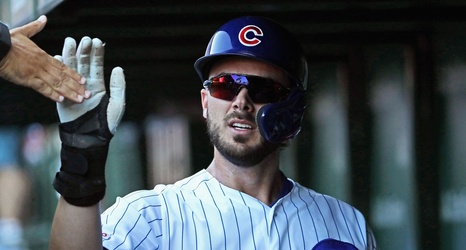 One of the more interesting bits of news coming out of the Winter Meetings is that the Cubs are exploring potential trades for star third baseman Kris Bryant. The news poses an interesting question — what if the Astros had drafted Bryant instead of Mark Appel in 2013?

To recap, the Astros had the No. 1 overall pick in the 2013 draft, their second of three consecutive years picking first overall. They had surprised everyone in 2012 by taking Carlos Correa over the stud college pitcher Appel, who wound up not signing after being drafted eighth overall by the Pirates.