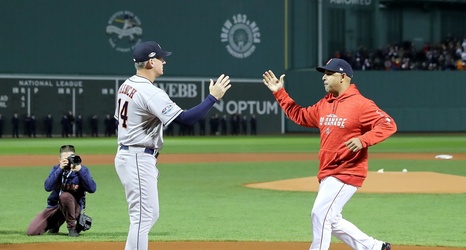 MLB Commissioner Rob Manfred released his findings and his punishment related to the Astros sign stealing scandal on Monday, and the league clearly did not take the club’s actions lightly. GM Jeff Luhnow and manager A.J. Hinch were each suspended for one year, with the club forfeiting its first and second round draft picks for two years and paying a $5 million fine.

Astros owner Jim Crane went even further, firing both Luhnow and Hinch shortly after the discipline was announced. We’ll get into that decision in more detail as well, but there’s plenty to sift through from the nine-page report issued by Manfred.